Get fresh music recommendations delivered to your inbox every Friday.
We've updated our Terms of Use. You can review the changes here.

by Book of Colors 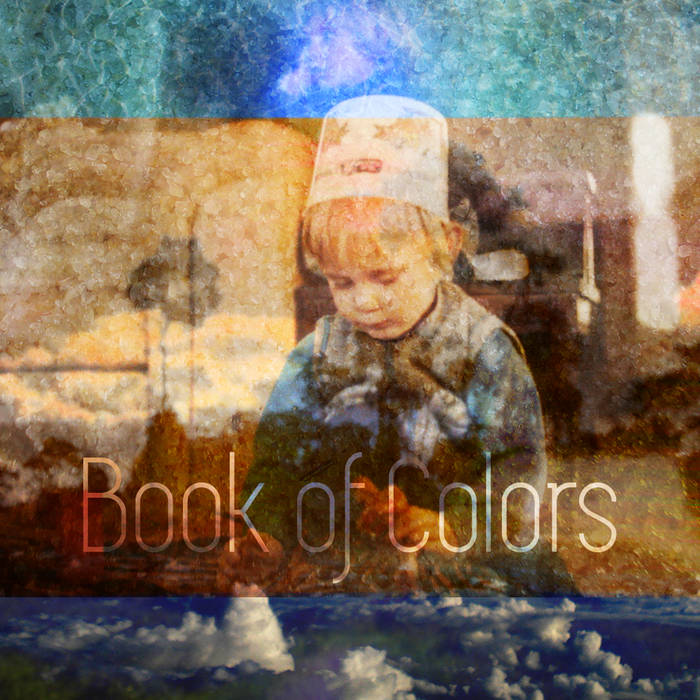 Sarah Kennedy Such impressive compositions. Delighted to have discovered one of Atlanta's best bands. Favorite track: Hologram of Thought.

The much-anticipated debut album from Book of Colors is out February 5th, 2016 on Deer Bear Wolf Records. This first, self-titled record sees Book of Colors’ mastermind André Paraguassu surrounded by an impressive cast of fourteen players that includes members of Little Tybee, Adron, Ryan Gregory (Christ, Lord, Lily and the Tigers), and Chris Childs (Hello Ocho, Faun and a Pan Flute). Recorded by Ben Price at studilaroche in Atlanta, Book of Colors is a dreamy and hypnotic journey, constantly skirting the edge between torn-open soulfulness and delicate restraint.

“There is an amazing music scene happening in Atlanta right now. It’s a major city overflowing with world-class talent, but the amount of camaraderie within the artistic community makes it feel like a small town,” André says as he reclines lazily on the classically southern front porch of their drummer’s home in Little Five Points where they rehearse. “I’ve always loved playing with large ensembles and this city has been the gift that keeps on giving in that regard. Everyone is so supportive and eager to collaborate. I feel incredibly lucky to be working in such an inspiring creative atmosphere.”

The arrangements for all ten songs on Book of Colors are notably dense. Vocal harmonies and instruments seem to stretch off into infinity in every direction with orchestral elements such as the violin, viola, marimba, vibraphone, and flute blending seamlessly with horns, piano, organ, pedal steel, guitars, and synthesizers. The result is a collection of songs with a unique, fully realized sound that’s simultaneously genuine and refined.

The first track on the album, “Why Don’t You,” pairs African percussion instruments with distinctly Middle-Eastern harmonic scales. A heavy rhythm & blues bass line and gritty Rhodes piano move the song steadily forward as it eventually swells into an ocean of overlapping harmonies and rhythms. The voices multiply and build in intensity until they become a mass of screaming and muttering, finally dropping away as the band returns to its initial slow groove. It’s a fitting start to an album that takes a multitude of unexpected turns and weaves together a wide array of seemingly incongruous styles.

Even when he’s employing a sense of irony, as in the smirking epic “Oh Your Backwards Smile,” Paraguassu never hides behind his tricks. He is a songwriter who faces weariness with childlike wonder, pain with wisdom, and indignation with unrelenting sweetness. It’s music that feels nostalgic the first time you hear it, like an old friend you didn’t know you had.

André’s list of songwriting influences is long and eclectic, but the majority of artists and albums he mentions are from the sixties and early seventies, with a heavy slant toward music made in the UK, Brazil, France, and the southern United States during that time period. As such, traces of Nick Drake, Harry Nilsson, Otis Redding, and Sam Cooke can all be heard in his vocal delivery, with dark raspy low notes and a soaring, bell-like upper register. Psychedelic elements that bring Broadcast, Pink Floyd, and Caetano Veloso to mind mix with introspective lyrics and symphonic orchestration in Paraguassu’s often complex song structures.

Book of Colors has played alongside national and international acts that include Kishi Bashi, Bright Black Morning Light, Horse Feathers, Della Mae, Holy Ghost Tent Revival, and Streets of Laredo. They’ve also performed in numerous festivals and events in and around Atlanta and the Southeastern United States.

Book of Colors will be the 11th release in less than two years for Deer Bear Wolf Records. It will be available on CD and tape cassette February 5th. The release party will be February 27th at Terminal West with Little Tybee and Hello Ocho.

Book of Colors is a band that constantly skirts the edge between torn-open soulfulness and delicate restraint. Their melodies are dreamy and hypnotic, and lead singer André Paraguassu’s distinctively warm, crooning voice carries them with an easygoing authority that recalls singers from the big band era. ... more

Bandcamp Daily  your guide to the world of Bandcamp